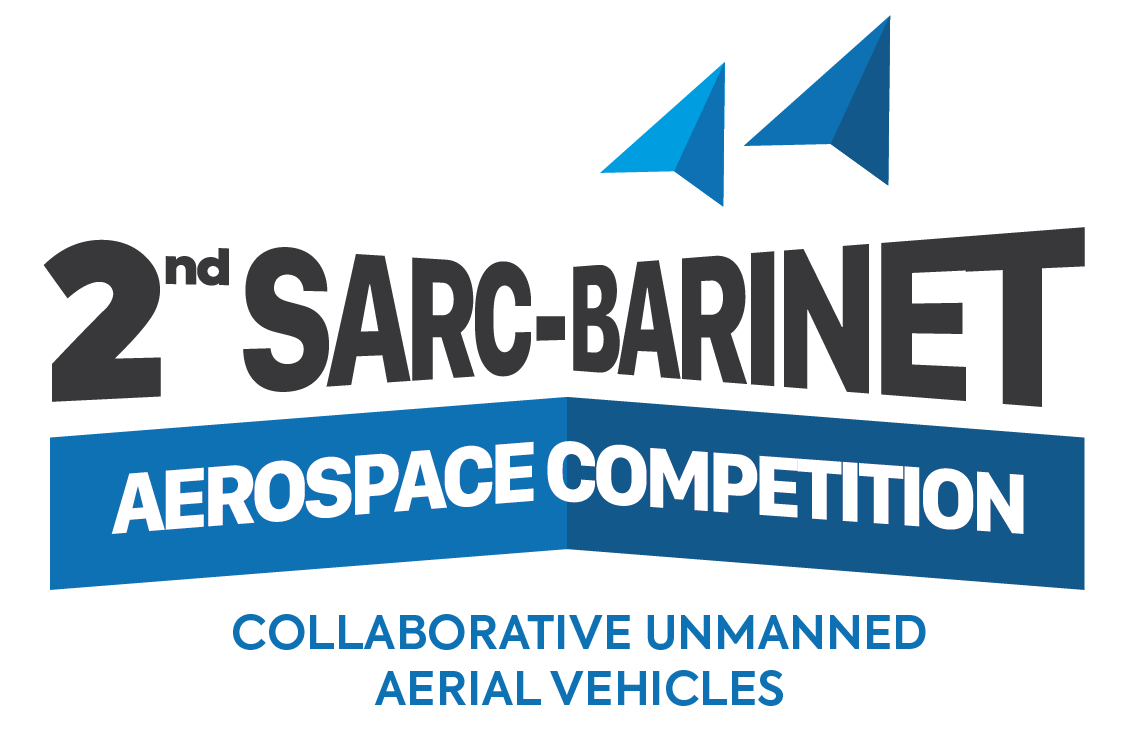 After evaluation of the contributions submitted in the first phase, the following three teams were invited to submit their contribution for the second stage:

On the morning of November 29, the finalist groups presented their projects. The Jury board have received the reports from each team previously. After the presentation, the Jury board  (Davi Henrique Bossano Di Bianchi – EMBRAER, Giovani Amianti – XMOBOTS, Ingrid Leijonhufvud – SAAB, José Fernando Basso Brancalion – EMBRAER, Martin Leijonhufvud    SAAB, Brig. Roberto Follador – EMAER)  inquired about the team’s projects for clarification.

During the second session of the presentation,  there were demonstrations from the teams but also from Brazilian companies working in the aerospace sector as well as research groups showing their work in the form of an exposition open to the general public.

Afterwards, the Jury in a closed section announced the USP-SEMEAR team (NoFire Squad Project) as the winner.
The swarm is able to search the terrain, find the region of fire, and initiate a strategy to slow down the spread of the flames. To understand the problem from the firefighters’ point of view, the Team met professionals from the Fire Department. The firefighting strategy  was based on the way firefighters work. In this sense, one of the drones leads the others, helping them to position themselves to launch anti-fire substances in the regions surrounding the flames, thus preventing the fire from spreading quickly to regions not yet reached.

Systems of systems is an important field in modern aviation and a good example in this field is unmanned aerial vehicles used in collaboration to solve a specific task. With this competition the multi- disciplinary approach needed to develop technologies for such vehicles and their applications is encouraged and fostered. Awards for the best projects in this field will be granted with backing from industries in Sweden and Brazil.

The competition is about presenting the best solution to a selected problem involving multiple unmanned aircraft. This could be a few aircraft flying in formation or a swarm of smaller aircraft.

The competition encourages collaboration between academic disciplines as well as between academy and industry and is meant as an accelerator in the field of systems of systems research and, specifically, collaborative UAVs. It aims to motivate teamwork, facilitate innovation, expand international collaboration, foster entrepreneurship, and channel research into practical use. It is open to actors from Sweden and Brazil, but not necessarily only from organizations under the SARC-BARINet umbrella.

The theme of current version of competition is fire detection and fighting in forests using multiple UAVs. The requirement is that the UAVs should be dropped in the forest area by another aircraft.

The competition is open to anyone, except for employees of the Airspace Industry. Participants from startup companies are allowed and welcome.

Number of team members is limited to maximum 10 (Hard Limit – No exceptions).

The competition consists of two stages. Based on the outcome of the first stage, a selected number of groups from each country (Brazil and Sweden) will be invited to enter the second stage.

Teams are allowed to modify a commercially available drone, although they are encouraged to design one in-house to optimize weight and payload mass

The teams will be scored based on the following criteria

Mission for the simulated environment

The virtual environment (in ROS and GAZEBO environment) for the mission, alongside an existing drone model for the teams to familiarize themselves with the program can be found at https://github.com/2nd-sarc-barinet-aerospace-competition/sarc_environment

The mission is as stated below:

The teams will be scored based on the following criteria:

The top-3 teams from each country (Sweden and Brazil) will progress to the second phase of the competition: the live demonstration.

Mission for the live demonstration

Teams are responsible for the meeting the cost of manufacturing and travel to the test site. The test site will be in Sweden for Swedish competitors, and Brazil for Brazilian competitors.

The teams will be scored based on the following requirements:

Report should be prepared using the following template: SARC_Template

Contributions should be submitted through this page.

The timeline is as follows:

The winning team will receive flight tickets of a value of 6,000€  for team members, who will be invited to travel to Brazil (if they are Swedish) or Sweden (if Brazilian) and will meet with representatives of the country’s aerospace industry.

We have established a mailing group for the teams to ask their questions about eventual problems related to the simulation environment
https://groups.google.com/g/sarc_simulation
To  keep the service manageable, please only one representative per group register for the mailing list.

SARC is a strategic collaboration of Swedish Universities and research organisations conducting research and/or education within the aerospace sector. LiU, Chalmers, KTH and LTU are collaborating to shaping the future of Swedish aerospace.